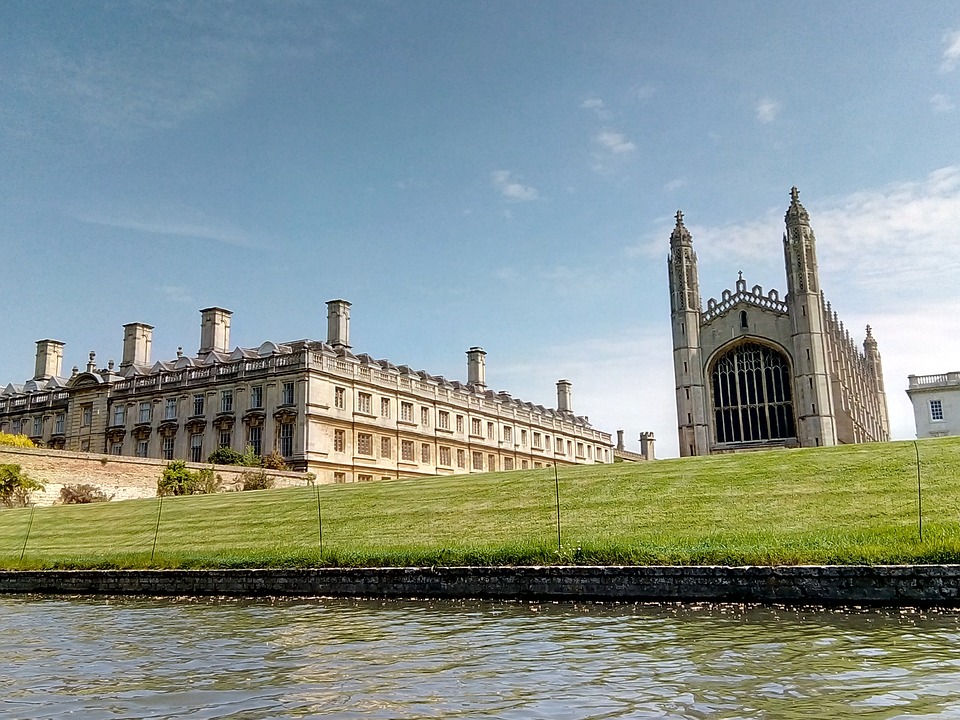 1. Punting on the River Cam
One of the pioneers of punt hire on the River Cam was F. Scudamore, who founded his business in1910. Today, Scudamore’s Punting Company owns the world’s largest fleet of punts, with nearly 150 craft available for hire along two routes. You can hire a punt yourself or take a Chauffeured Tour – an ideal introduction to Cambridge. Alternatively, why not try an evening Champagne Tour, or discover the darker side of Cambridge on a Punting and Walking Ghost Tour!

2. Kettles Yard Museum and Art Gallery
On Castle Street in Cambridge, is a beautiful and unique house containing a distinctive collection of modern art. Kettle’s Yard was founded by Jim Ede – a former curator at the Tate Gallery, London, and his wife Helen. Paintings and sculpture are interlaced with furniture, glass, ceramics and natural objects. The collection includes paintings by Ben and Winifred Nicholson, David Jones, Joan Miro and others, along with sculpture by Constantin Brancusi, Henry Moore and Barbara Hepworth.

3. Cambridge University Botanic Gardens
After discovering berries, bark and foliage in the beautiful Winter Garden, warm up in the Glasshouses and travel from the tropics to the desert in search of cacti, carnivorous plants, orchids and the extraordinary Jade Vine. The Herbaceous Borders, Scented Garden and Dry Garden are colourful highlights of summer, but don’t miss the jewelled carpet of spring bulbs and early alpines in the Woodland Garden and Rock Garden or the foliage fireworks of the Autumn Colour Garden.

4. University Museum of Archaeology and Anthropology
The University of Cambridge Museum of Archaeology and Anthropology houses the discoveries of some of the most remarkable scholars and explorers of their time. Come and see world-class collections of Oceanic, African, Asian, and Native American art – canoes, sculptures, masks, and textiles, and major archaeological discoveries, ranging from the earliest stone tools, discovered by Louis Leakey in Olduvai Gorge, to British finds from Roman and medieval periods.

5. Kings College Chapel
Founded by King Henry VI in 1441, King’s College Chapel took over a century to build and was completed in 1547. It is one of the most important examples of late medieval English Architecture, with notable features including the Fan Vaulted Ceiling, stained glass and altarpiece by Rubens. When he founded the chapel, the King stipulated that a choir of six lay clerks and 16 boy choristers should sing daily at services. This still happens in term time but today the choir also gives concerts all over the world.

6. The Scott Polar Research Institute
The Scott Polar Research Institute was founded in 1920, as a memorial to Captain Robert Falcon Scott, RN, and his four companions, who died returning from the South Pole in 1912. The Museum holds a collection of artefacts, paintings, drawings, photographs (including cinematographic film, lantern slides, and Daguerreotypes), and other material. A proportion of this is exhibited in a private museum on the ground floor which is open to persons with an interest in the polar regions.

7. Picnic on The Backs The Backs is an area of the city of Cambridge where several colleges of the University back onto the River Cam, their grounds covering both banks of the river. The area is notably pleasant, not least because of the river running through the well maintainedcollege grounds, including expansive lawns and gardens. A perfect spot for a picnic on a sunny Sunday afternoon. Finish off the day by visiting King’s College Chapel, or hire a punt for a trip on the river.

8. Trinity College
Trinity College was founded by Henry VIII in 1546 as part of the University of Cambridge. Princes, spies, poets and prime-ministers have all been taught here, and members of the College go on to a very wide range of professions and careers after taking degrees in all the subjects the University offers. Trinity welcomes visitors to the College for most of the year. The Great Court, displays a fine range of Tudor buildings, the oldest of which is the 15th century clock tower.

9. The Fitzwilliam Museum
The Fitzwilliam Museum houses world-class collections of works of art and antiquities spanning centuries and civilisations. Highlights include masterpieces of painting from the fourteenth century to the present day, drawings and prints, sculpture, furniture, armour, pottery and glass, oriental art, illuminated manuscripts, coins and medals and antiquities from Egypt, the Ancient Near East, Greece, Rome and Cyprus. The Courtyard Caf serves coffee, afternoon tea, sandwiches and light lunches.

10. Magdalene College and the Pepys Library
Magdalene College was founded as a hostel by Benedictine monks and became a university college in 1542. Situated in the second of the college’s ancient courtyards is the Pepys Library. In 1703 Samuel Pepys, a Magdalene student, bequeathed his entire library to the college, where it has been displayed ever since in its original red oak bookshelves, along with his famous diaries. The exact history of the building is unknown, and it remains full of puzzles.