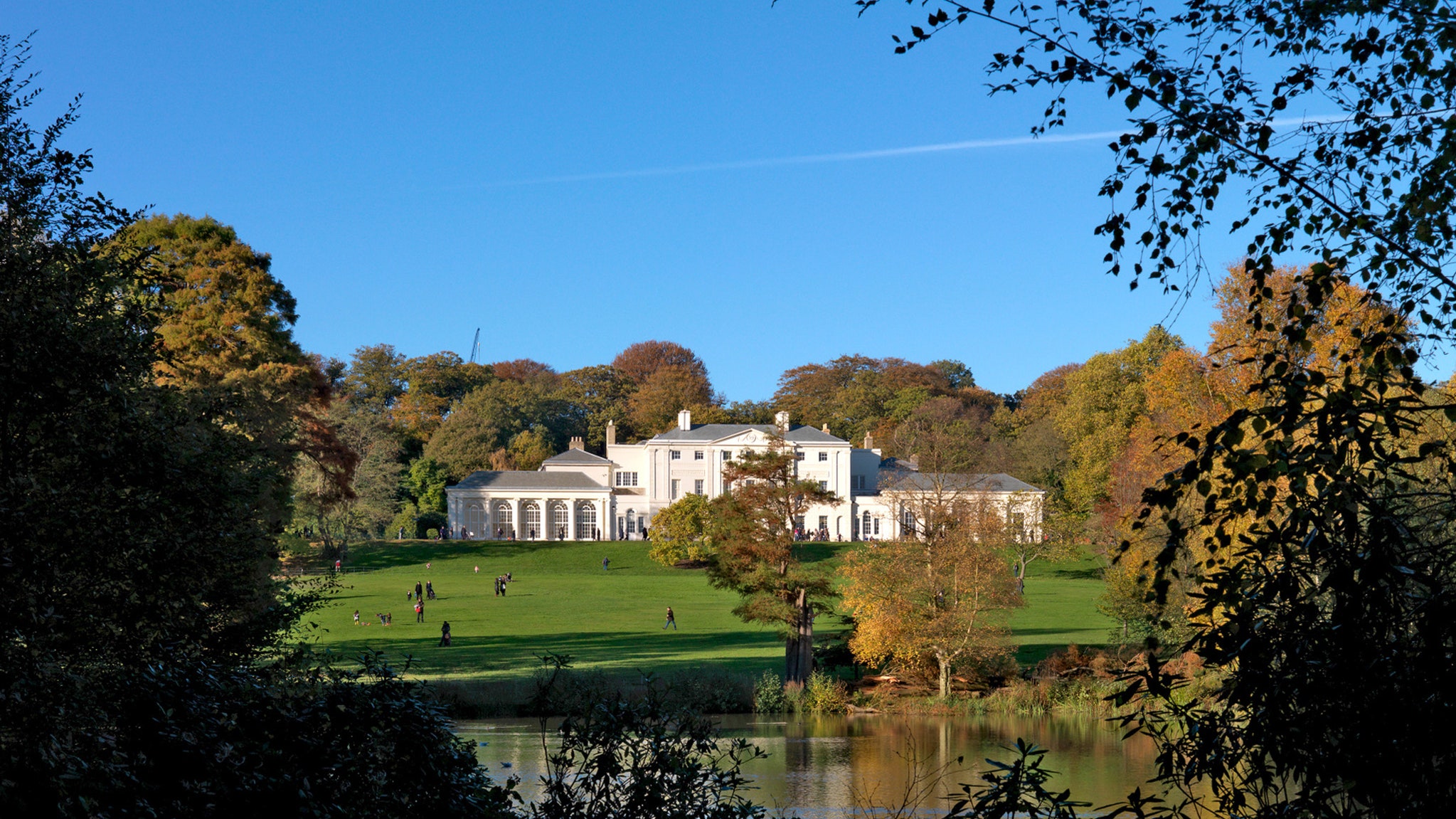 1. Kenwood House
Set in tranquil parkland with panoramic views over London, Kenwood House boasts sumptuous interiors and important paintings by many great artists. Admire the Suffolk Collection, with its magnificent full-length Elizabethan portraits and stunning costume details, or take a turn outside, in parkland influenced by the great English landscape gardener, Humphry Repton. There are also lakeside walks and meandering woodland paths to explore and enjoy.

2. Highgate Cemetery
Highgate Cemetery can have a tendency to seem like a figment of the imagination from a Bram Stoker novel, Hollywood movie or a painting by John Everett Millais. The whole site is quite densely wooded with tall deciduous trees; old gravestones jut from the moist earth at a variety of angles, and are largely overgrown with ivy and creepers. The cemetery is perhaps best visited on a misty autumn day, or evening for full spooky effect.

3. Hampstead Heath
Hampstead Heath is one of London’s most popular open spaces, situated just four miles from Trafalgar Square. The landscape is varied, with woodland, meadows, fragments of heathland and strings of ponds. With its origins in former countryside, long-established features such as hedgerows and ancient trees provide links with the past. A full events programme takes place throughout the year and includes jazz concerts, fishing, fun fairs and children’s summer entertainments.

4. Fenton House
Fenton House is a handsome 17th-century merchant’s house with a delightful walled garden with 300-year-old apple orchard, set in an estate in the heart of Hampstead village. There’s a fine collection of European, Oriental and English porcelain, an mportant collection of early keyboard instruments and rare examples of William and Mary needlework pictures.

5. The Flask Pub – Highgate
This historic pub dates back to the early 18th century and, despite renovations and refurbishments, has retained much of its character and atmosphere. It’s popularity means that it can be busy and crowded in the summer, full of local Highgate types checking each other out. The food isn’t renowned as being particularly good. The Flask is perhaps best visited for a cosy fireside pint in winter after a walk on Hampstead Heath.

6. No. 2 Willow Road
Number 2 Willow Road is a complete Modern Movement home designed by EModernist Architect Ernö Goldfinger and is one of Britain’s finest examples of Modern Movement architecture. Complete with its original furnishings the house also contains an outstanding collection of modern art with works by Henry Moore, Bridget Riley, Max Ernst and Marcel Duchamp. There are fascinating tours and exhibitions, including British Sign Language interpreted tours.

7. The Freud Museum
The Freud Museum, at 20 Maresfield Gardens in Hampstead, was the home of Sigmund Freud and his family when they escaped Nazi annexation of Austria in 1938. It remained the family home until Anna Freud, the youngest daughter, died in 1982. The centrepiece of the museum is Freud’s library and study, preserved just as it was during his lifetime.

8. Star Gazing with Hampstead Scientific Society
If you like science and astronomy you may want to visit Hampstead Observatory. It’s a very small one on the top of a small hill (Hampstead is the highest point in London). They have a six-inch Cooke refracting telescope, originally built in 1899, which has been modified with a modern equatorial mounting featuring a remote controlled guiding system.

9. The Spaniards Inn
The connection between Hampstead Heath and highwaymen is legendary. The most famous of them, Dick Turpin, is said to have drunk at The Spaniards Inn and used it as a hide-out. The pub itself is a fascinating old building and is wonderfully atmospheric. Low beams, dark panelling and creaky floors are typical of a nice country pub. On fine days the garden is the place to be; nicely laid-out with plenty of tables, pergolas with climbers providing shade, and a lawn with a large cherry tree.

10. RAF Museum, Hendon
Ok, it’s not quite in Highgate, but its woth a look! The RAF Museum in Hendon is situated on the site of the original London Aerodrome, used for the great Hendon Air Shows between the two World Wars. Five mammoth buildings contain over a hundred aircraft, artefacts, aviation memorabilia, fine art and photographs covering the history of aviation from early balloon flights to the latest jet fighters.