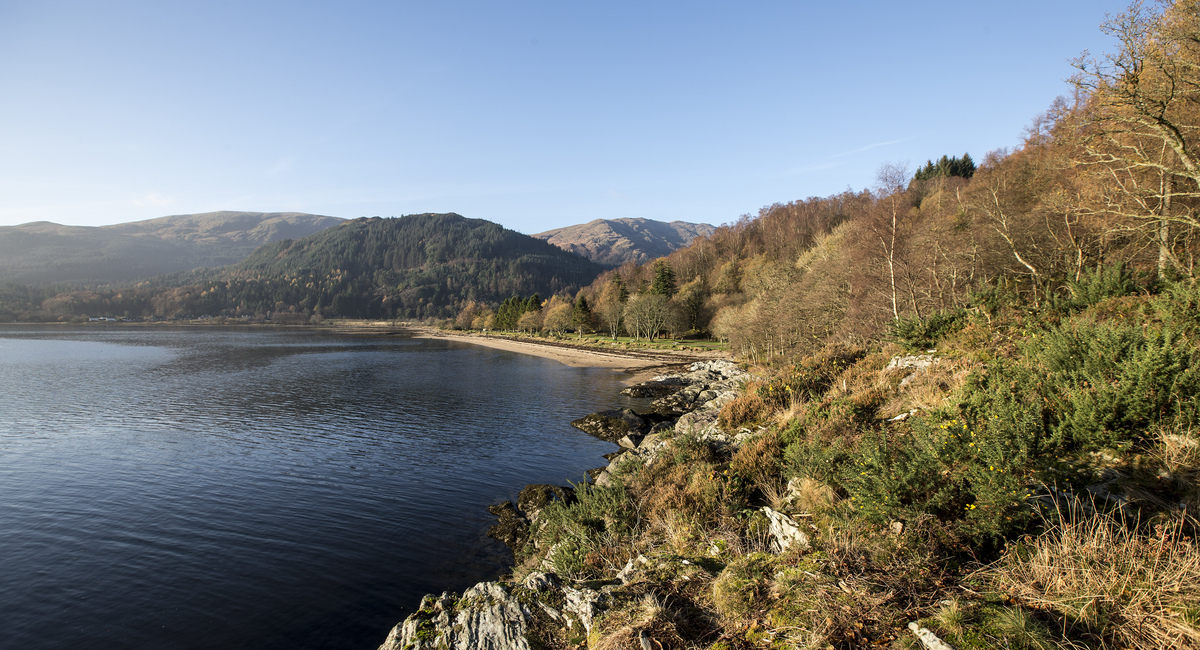 1. Whale and Dolphin Boat Trips, Isle of Mull
Climb aboard for a specialist wildlife trip in the fascinating and exciting waters around Mull, Coll, Muck Eigg, Rum and the Treshnish Isles with Sea Life Surveys. The rugged isles and clean seas provide the perfect environment for the wildlife to flourish and the sea area supports a huge abundance of breeding birds, seals, otters, whales, porpoises and dolphins to name a few. Each trip lasts for up to six hours in the company of an experienced guide – be sure to bring warm waterproof clothing!

2. Islay Whisky Distillery Tours
Islay is famous for its distinctive tasting single malt whisky, which has a pungent peaty quality that is instantly recognizable. There are over eight sperate distilleries offering guided tours, each ending with the customary generous dram! They range from larger operations such as Ardbeg, which was bought by Glenmorangie in 1997, to farm based Kilchoman, which grows its own barley, and malts, distills and bottles its whisky all on one site.

3. Classic Sailing Days, Isle of Mull
Spend a day sailing on a classic wooden sailing ship from Tobermory on the Isle of Mull. The warm waters of the Gulf Stream around the Isle are teaming with wildlife including seals, porpoises, basking sharks, and many species of seabirds. Solais Na Mara (Solace of the Sea) is a wooden ketch and was built in 1953 in the Baltic. She is 23m long and very heavily built of oak. The ship moves sedately and steadily, taking time to enjoy every moment in leisure and comfort.

4. Inveraray Maritime Experience
Inveraray enjoys a picturesque setting on the shores of Loch Fyne, where it meets Loch Shira. It was built on the site of an earlier fishing village in the mid 1700s by the 3rd Duke of Argyll, chief of the powerful Clan Campbell. Moored at the town pier is the Arctic Penguin, a triple-masted schooner built in Dublin in 1911. Together with the steamer The Vital Spark this forms the Inveraray Maritime Museum, which is open all year. Also nearby is the Loch Fyne seafood restaurant.

5. Kiloran Bay, Isle of Colonsay
There are a number of fine beaches on Colonsay with bleached white sands and seas as turquoise and translucent as Caribbean waters. Kiloran Bay is one of the best of these beaches, its majestic sweep broken only by occasional jagged rocks jutting upwards from the sands, and backed by undulating green hills. The weather can change the mood of the shoreline completely, from benign and gentle to isolated and menacing, with huge breakers crashing in from the Atlantic.

6. Goat Fell, Isle of Arran
The northern half of Arran is sparsely populated, mountainous and bleak, whilst the southern half enjoys a much milder climate – hence the island’s alternative name tag ‘Scotland in Miniature.’ At 2866 ft, Goat Fell is the highest peak, and can be ascended from Brodick, the island’s capital, or Corrie, a pretty seaside village six miles north. Further north is Sannox, a broad sweeping bay of golden sand accessed by bus from Brodick for a walk back over Goat Fell which takes about five hours.

7. Achamore Gardens, Isle of Gigha
Gigha can boast beautiful bays, stunning views and breathtaking sunsets, lochs and gently sloping hillsides as well as a plentiful variety of wild and birdlife. The climate directly influences the world famous Achamore Gardens – over 50 acres of rare and unusual plants surrounded by picturesque woodland. A nine-hole golf course is just a short stroll from the ferry and hotel, and to completely relax you can spend many uninterrupted hours watching seals and otters along the shores.

8. Mount Stuart House and Gardens, Isle of Bute
Mount Stewart is a Victorian Gothic palace which fuses powerful architecture with intricate details and lavish designs. The house was never finished, much only being completed in an ambitious restoration programme begun in the 1980s. Mount Stuart’s gardens date back to circa 1717 when the 2nd Earl of Bute started to lay out substantial grounds – the beginning of the three hundred acres of wilderness, woodland and designed landscape that can be enjoyed today.

9. The Museum of Island Life, Isle of Islay
The fertile, largely treeless island of Islay is famous for its distinctive whisky, rich birdlife including golden eagles and barnacle geese, and its distinctive whitewashed villages, founded by the Campbells in the late 18th and early 19th centuries. Port Charlotte is Islay’s prettiest village, its immaculate cottages clustered around a sandy cove overlooking Loch Indaal. Both worth visiting are the Museum of Islay Life and the Wildlife Information Centre, housed in a former distillery warehouse.

10. The Kintyre Way
More island than mainland, the wonderfully unexplored Kintyre peninsula boasts hidden coves, deserted beaches along the wild Atlantic coast, tiny fishing communities, gentle hills and fabulous local produce. Stretching from Tarbert at the north end of the peninsula, to Southend in the south, the way-marked Kintyre Way criss-crosses the peninsula. At 87 miles long it can take 4 to 7 days to complete, although you may prefer a gentle ramble along part of its length.