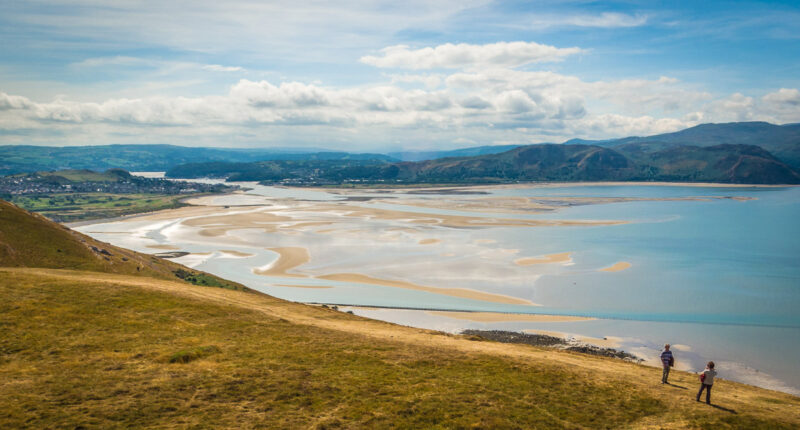 1. Portree, Isle of Skye
The Isle of Skye is often the first port of call on a tour of the Western Isles, due to its proximity to the mainland and the lure of dramatic scenery and coastlines. With pastel coloured cottages set round its natural harbour, Portree is a charming place to visit and a useful base to explore from. It’s the main town on Skye with an excellent range of shops and leisure facilities, including a swimming pool, pony-trekking and boat cruises.

2. Loch Coruisk Seal Colony Boat Trips, Skye
Derived from the Gaelic coire uish (Cauldron of water), Loch Coruisk is an isolated, needle like shaft of water nearly two miles long and a couple of hundred yards wide lying in the shadow of the highest peaks in the Black Cuillin. Misty Isle Boat Trips and Bella Jane Boat Trips sail across Loch Scavaig, past a seal colony to Loch Coruisk. The sea journey takes 45 minutes and you can spend one and a half hours or six and a half hours ashore. Rigid-inflatable boat rides are also available to the Small Isles.

3. Calanais Standing Stones, Lewis
The Isle of Lewis is the largest and most northerly of the Western Isles, and is also the most populous, with most of its 20,000 inhabitants in the crofting and fishing villages along the northwest coast. This area of Lewis is rich in prehistoric remains. The enigmatic Standing Stones of Callanais are a complex arrangement of some 50 stones erected between 3000 and 4000 years ago. Nearby is Calanais Viisitor Centre, which has a small series of displays on the stones and a decent cafe.

4. The Cuillin Mountains, Skye
For many, the Cuillin, whose sharp snowcapped peaks rise from the flatness of the surrounding terrain, are the main reason for a visit to Skye. There are three main approaches to the Cuillin: from the south, by foot or by boat from Elgol; from the Sligachan Hotel to the north; or from Glen Brittle to the west of the mountains. Glen Sligachan is one of the most popular routes, dividing the round topped Red Cuillin to the east from the dark and jagged Black Cuillin.

5. Gearrannan Crofting Village, Lewis
Gearrannan Blackhouse Village is a restored coastal crofting village situated in a secluded bay on the west coast of the Isle of Lewis, providing unique holiday accommodation on the edge of the Atlantic ocean. Traditional methods have been used to recreate the masonry and thatched roofing of the original houses with the discreet integration of contemporary appliances. Experience rural activities, outdoor pursuits such as fishing and watersports, or enjoy the area’s extensive wildlife.

6. Kinloch Castle, Rum
An example of faded Edwardian grandeur, Kinloch Castle is a unique building that contains the relics of some of the most advanced home comforts of the time! These include air conditioning in the billiard room, and the Orchestrion – an organ and variety of other instruments driven by electric motor that plays perforated card rolls. Hostel style accommodation is available at the castle, although some rooms have four poster beds. There are usually guided tours of Kinloch Castle every afternoon.

7. South Harris
The southern part of Harris is less mountainous than the north, with numerous unspoilt white sandy beaches on the west coast. Of all the beaches on South Harris, Luskentyre and Scarista are considered by many to be the most spectacular, with grey gold sand and islet studded turquoise seas. From Luskentyre, the island of Taransay can be seen clearly seen, whilst at Scarista the scene is more sporting and is often the venue for surfing and kite buggying.

8. Lewis Loom Centre and Harris Tweed
The main centre of production for Harris Tweed is now Lewis, where the wool is dyed, carded and spun; you can see all these procesess by visiting the Lewis Loom Centre. Follow a guided tour and lecture on the making of Harris Tweed and its history, with demonstrations of spinning and weaving. In recent years there has been a revival of traditional tweed making techniques, with several small producers following old methods such as using indigenous plants and bushes to dye the cloth.

9. Skye Museum of Highland Life
Skye Museum of Island Life is an impressive cluster of thatched ‘blackhouses’ on an exposed hill overlooking Harris. The museum, run by locals, gives a fascinating insight into a way of life that was commonplace on Skye a hundred years ago. Warm, sturdy and economical of scarce materials, the croft house was ideally suited to the landscape and the climate. The blackhouse, now home to the ticket office, is much as it was when last inhabited in 1957.

10. Roghadal Church, Harris
Roghadal Church on the southern tip of the Isle of Harris, is the buriel place of the MacLeods of Harris and Dunvegan in Skye. Dating from the 1520’s the church’s bare interior is distinguished by its wall tombs, notably that of the founder, Alasdair Crotach. His heavily weathered effigy lies beneath an intrguing backdrop and canopy of sculpted reliefs depicting vernacular and religious scenes including a stag hunt, the Holy Trinity, St Michael and the devil and an angel weighing the souls of the dead.