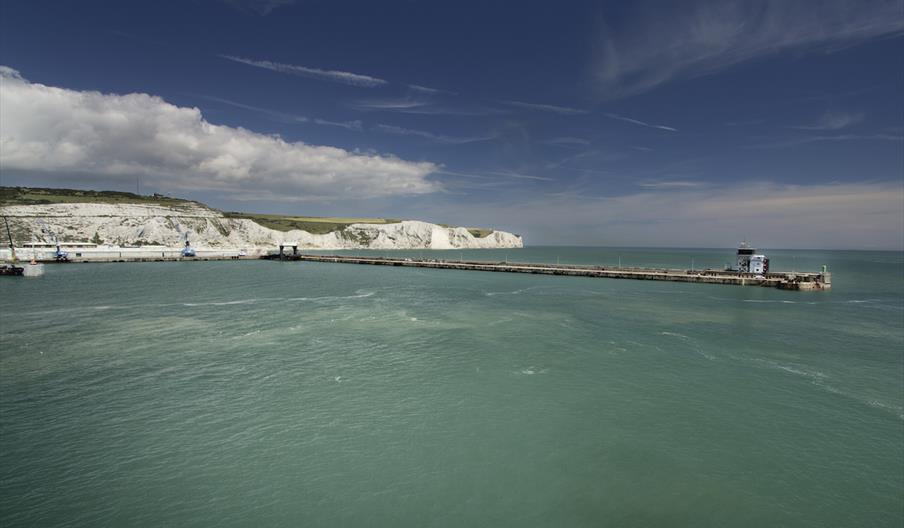 1. Dover Castle and Secret Wartime Tunnels
Walk through the rooms where Sir Admiral Ramsay planned the miracle of Dunkirk and tour the underground hospital as you follow the story of a wounded wartime pilot. Learn about techniques used to detect enemy ships, and try your hand at morse code! See one of Europes best-preserved Roman lighthouses, find what it was like to be a medieval soldier, and explore the towering keep with its spectacular views across the channel and recreation of King Henry VIIIs private rooms.

3. Walmer Castle and Gardens, Deal
Built by King Henry VIII as part of a chain of coastal artillery defences against attack from Europe, Walmer Castle has evolved over time into an elegant residence. Tour rooms inhabited by former “Wardens of the Cinque Ports” including the Duke of Wellington.Beautiful gardens surrounding the house include a commemorative lawn, woodland walk, croquet lawn and a working kitchen garden. There’s an excellent cafe and gift shop/plant sales, and a pleasant cycle path along the beachfront.

4. Chatham Historic Dockyard
Chatham Historic Dockyard was formerly a large naval base for the British Channel and North Sea fleet. There are three historic warships to visit, the Destroyer HMS Cavalier (1944), the submarine HMS Ocelot (1962) and the Victorian naval sloop HMS Gannet (1878). Join a costumed guide as you learn how to make rope, and follow William Crockwell through the sights, sounds and smells of the dockyard of 1758 in the Wooden Walls gallery.

5. Sea-Fort tours, Whitstable
Take a boat journey through the English Channel on the classic Thames sailing barge Greta, to see these evocative WWIIstructures known as the Maunsell Sea Forts. Built in the early 1940’s to help defend the British Isles and English Channel, they were fitted with naval and anti-aircraft guns, radar and searchlights. Greta also carries out a variety of other trips around the Thames Estuary. Trips are weather dependent.

6. Kent Battle of Britain Museum
Based at former WWII airfield Hawkinge near Folkestone, which was the nearest RAF Station to occupied France, Kent Battle of Britain Museum packs a punch with it’s collection of aircraft, vehicles, weapons and relics from over 600 crashed aircraft. Displays include a crashed Messerschmitt BF 109E, a hangar containing full sized replica Spitfire and Hurricane aircraft, and an original German V1 flying bomb. There’s also a shop and a cafe serving light refreshments.

7. Romney, Hythe and Dymchurch Railway
Travel on the Romney, Hythe and Dymchurch Railway through the picturesque Kent countryside. First opened in July 1927 as the ‘World’s Smallest Public Railway,’ it’s a15-inch guage working railway with a fine fleet of one-third scale steam and diesel locomotives, and great for kids and enthusiasts of all ages. Check out the fantastic fleet of engines, built between 1925 and 1937. Running the 13.5 miles from Dungeness to Hythe, there are 7 stations en-route.

8. Whitstable Windsurfing Lessons
Why not try a taster windsurfing session at Whitstable? Lessons are available from the centre next to the sailing club and the shallow sheltered waters make for an an ideal environment in which to get to grips with this exhilarating sport. Start off on a big learner board that floats easily to learn the basics of tacking (steering through the wind) and gybing (steering away from the wind), and gain confidence on the water. If you have any energy left, take a look at the excellent fish shop on the harbour afterwards.

9. Dickens’s House Museum, Broadstairs
Once home to Mary Pearson Strong on whom Charles Dickens based much of the character of Betsey Trotwood in ‘David Copperfield,’ this museum commemorates the novelist’s association with the town of Broadstairs. The parlour is refurbished as described by Dickens and illustrated by H. K. Browne. Some of the author’s own letters and memorabilia are on display. Around the house there are fascinating old prints of local and Dickensian interest as well as costumes and Victoriana.

10. Eat a Sandwich in Sandwich
Once the major port in England but now two miles from the sea, Sandwich is one of the best preserved medieval towns in the UK, with a street plan which has changed little since the creation of the Domesday book in 1086. Sandwiches, arguably the worlds best known and popular lunchtime snack, were invented here in 1762. The fourth Earl of Sandwich was so engrossed in a game of cards that to save time he ordered his butler to fetch him a slice of meat placed between two bits of bread.